GDPR: Everybody panic and run around screaming "Consent & Fines"

As the May 25th deadline approaches, many companies approach to this looks more and more like a dumpster fire, with project managers, lawyers, and vendors becoming increasingly hysterical.

What could have been a boon to privacy and security seems to have turned into something of an exercise in pointlessness and hiding skeletons in the closet by implementing technology quick-fixes flogged by vendors touting silver bullets.

I hate saying this, but start getting the basics right. If you don't understand what you have you can't ensure privacy or security - Implementing even  the best controls on shaky ground is just going to add complexity, and potentially decrease the protection of your information (whether PII or just your own Intellectual Property). Encrypting databases when everyone is local admin on the database servers, everyone has access to all key material, and SQLi is the best documented means to access the data anyway isn't really helping, but just playing pretend and that is going to make us all look bad in the end.

Posted by martinboller at 09:30 No comments:

On all of your NTP servers it is a good idea to keep track of leap seconds. This is done by using the leap-seconds.list file available from IETF (and others). 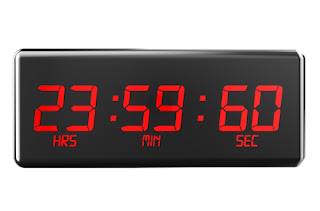 Using CRON
Add the following to the /etc/ntp.conf file: leapfile /var/lib/ntp/leap-seconds.list
Now restart the ntp daemon and run: # ntptime
The current difference between UTC and International Atomic Time (TAI) is 37 seconds - TAI is ahead of UTC by this amount, so the output of the above should contain a line similar to the following:
maximum error 436 us, estimated error 6 us, TAI offset 37
To keep the leap-seconds.list file updated, check the file regularly (once a month, as the leap-seconds.list file will be updated almost 6 months ahead of the actual date of the leap second). This can be done using the update-leap command and the following cron script, so add this script to /etc/cron.monthly as e.g. update-leap:


Then:
#chmod 755 /etc/cron.monthly/update-leap
#touch /var/lib/ntp/leap-seconds.list
The touch command creates an empty file, which is needed for the first run as the script above doesn’t do anything if there is no file present. if [ -f /var/lib/ntp/leap-seconds.list ]
Now test-run the script:/etc/cron.monthly/update-leap
And check that it ran, using # grep -i leap: /var/log/syslog
If this is the first it runs (with an empty leap-seconds.list file) or there is a newer file, your output should be similar to the following:


If there’s no update to the file, the output should look similar to the following:


Please note that the ntp daemon checks daily for updates to the leapfile, so there is no need to restart it after updating the file.
In order not to overwhelm the IETF server with the leap-seconds.list file, copy the file to a central location on-site and let the NTP servers fetch it from there. Something like
Cron job on central server:


The above works for the reference implementation of NTP (http://www.ntp.org/), if you’re running ntpsec, use ntpleapfetch instead, and adjust the logging output to match.
And before you ask, I hate leap seconds almost as much as DST 😊

Update 2019-07-18: Go to https://github.com/martinboller/update-leap for a script to install NTP and update-leap.

Instead of good ol’ CRON, on systemd based systems, you can do the following.
Add the update-leap script as /usr/local/bin/update-leap, then create a service file and a timer file.
Please note that systemd timers do not like the cleanup and redirection, so remove that, so your script looks like this:


Service File
The service (as well as the timer file) location depends on the distro, for Debian they are in /lib/systemd/system/ (on Arch, /usr/lib/systemd/system). Do not add them to /etc/systemd/ those are for systemd itself.
update-leap.service

Timer File
The timer file, goes in the same directory as the service file above.
update-leap.timer

Posted by martinboller at 11:12 No comments:

A paper I wrote discussing methods to acquire password hashes from Active Directory, how to use them in Pass the Hash attacks, and how to crack them: 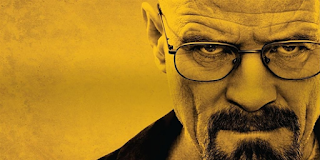 Posted by martinboller at 21:06 No comments: